Return to archive
Previous Next

Saffron and its role in preventing Alzheimers

Alzheimers is a common disease in old age that affects memory 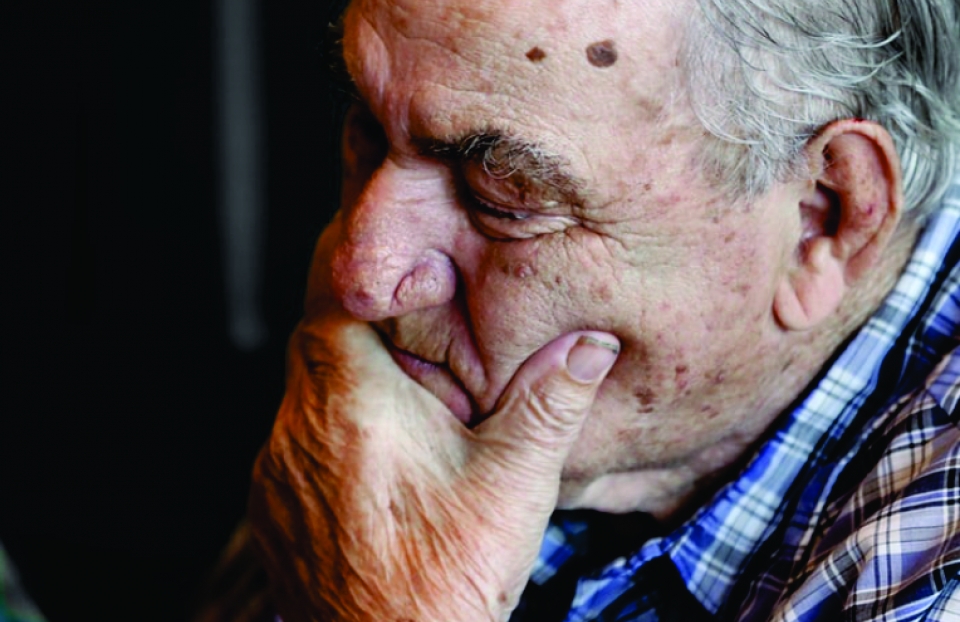 Alzheimer's is a common disease in old age that affects memory. There is no definitive cure for Alzheimer's, but Alzheimer's can be prevented and reduced by modifying your lifestyle and diet. One of the plants that is known to be effective in treating Alzheimer's is saffron. Due to its warm nature, saffron can have many effects on the treatment and prevention of Alzheimer's. Follow us to tell you more about saffron to prevent Alzheimer's.

Alzheimer's is a functional disorder of the brain that often occurs in the elderly. This disorder is caused by damage to the neurons in the hippocampus, which are responsible for producing acetylcholine and recording new memories. For this reason, most people know this disease because of the forgetfulness that results from it.

Alzheimer's has other symptoms besides forgetfulness. Symptoms include loss of appetite, difficulty finding words, depression, and stress. The probability of this disease for young people is close to zero, but it is still not impossible. In recent years, scientists and physicians have made suggestions to prevent or reduce the incidence of this disease, which we will examine below.

As we have said, Alzheimer's is the result of the breakdown and destruction of human brain cells. To prevent this from happening, doctors say prevention is better than treatment. Doing intellectual tasks, such as solving tables and memorizing addresses and numbers, is one of the experts' recommendations. In fact, there is no definitive and reliable drug treatment for this disease.

One thing that both traditional and modern medicine agrees on about Alzheimer's, is the importance of having a healthy diet to reduce the risk of developing the disease in old age. Traditional healers in particular emphasize the effect of coldness on the brain on the risk of Alzheimer's. In fact, not having enough calories in your diet and consuming too many foods with cold nature increases your risk of developing Alzheimer's.

Strategies to prevent Alzheimer's and reduce its symptoms

Researchers in traditional medicine believe that relatively simple lifestyle and diet tips can reduce the risk of Alzheimer's disease. Adequate sleep, drinking plenty of water, avoiding overeating, calming the mind, and avoiding anxiety, etc. are some of the tips that help prevent Alzheimer's. In fact, if you live a healthy life, you will be more likely to spend your old age in peace.

A point that may be hidden from view is the emphasis of traditional medicine experts on the effect of consuming calories in the diet. Traditional medicine considers the root of many diseases to be cold in different parts of the body and offers solutions that in most cases are effective. Because chemical drugs come into play after a complication has occurred, they are often temporary treatments, painkillers, or harmful. But traditional medicine focuses more on prevention, both with beneficial, nutritious, and non-chemical substances.

Ginger, cinnamon, grape juice, honey, and saffron are among the most important and key ingredients of traditional Iranian medicine. It has been observed that those who grow old in the countryside are less likely to suffer from diseases such as dementia and Alzheimer's. Researchers attribute this to a healthy lifestyle and a balance between warmth and cold in the diet. While in the diet of urban and modern life, most foods are cold in nature and little attention is paid to nutrients such as honey and saffron. Meanwhile, saffron has received special attention from researchers in recent years to prevent Alzheimer's and has been cited as one of the biggest factors in preventing memory loss, dementia and even fighting it after its occurrence.

What role does saffron play in preventing Alzheimer's?

Clinical trials in people with mild Alzheimer's have shown that saffron consumption to prevent Alzheimer's directly affects the hippocampus of the brain as well as the frequency of acetylcholine secretion (which is responsible for recording memories) and heals damaged tissues.

The most important advantage of saffron is that if it does not affect the treatment of Alzheimer's, it will have no side effects due to its natural and nutritious nature, and it is even useful for other parts of the body, including the immune and digestive systems.

How to use saffron to treat Alzheimer's

In recent years, Iranian experts, after much research, have been able to produce a drug called "Saprotin" from saffron. It is designed to treat Alzheimer's and functional brain disorders and has been compared to memantine and dopezil in two international conferences. Despite fewer side effects and higher efficacy, this drug is still in the registration process and not ready for release. But how can you enjoy the many properties of saffron until the release of this drug?

To use saffron orally to prevent Alzheimer's, the best way is to brew it. To do this, you must use indirect heat with low intensity. Do not forget that high and direct heat will destroy its properties. If you do the mentioned steps correctly, you will benefit from the countless positive effects of this nutrient.

To brew saffron, after grinding, pour it into a teapot and pour boiling water on it. Then place the teapot on the samovar to steam with water. You can also use it as a seasoning in your food and drink to enjoy its unique properties.

However, the use of saffron is dangerous for pregnant women and some people are allergic to it. Apart from these issues, consuming more than 50 mg per day is not recommended at all and is considered dangerous. In some cases, the use of saffron, in addition to numerous benefits, will have side effects such as dry mouth. Headaches, dizziness, and nausea are other disadvantages of saffron overuse. For this reason, it is recommended that you consult your doctor before consuming saffron orally to treat Alzheimer's.

In addition to repairing brain tissues and fighting disorders such as depression and Alzheimer's, saffron will have a positive effect on wound healing, improving blood circulation and respiration, digestion, immune system, etc. in many parts of the body. Do not forget that the preparation of high-quality saffron and its good maintenance will greatly increase the quality of its therapeutic effects.